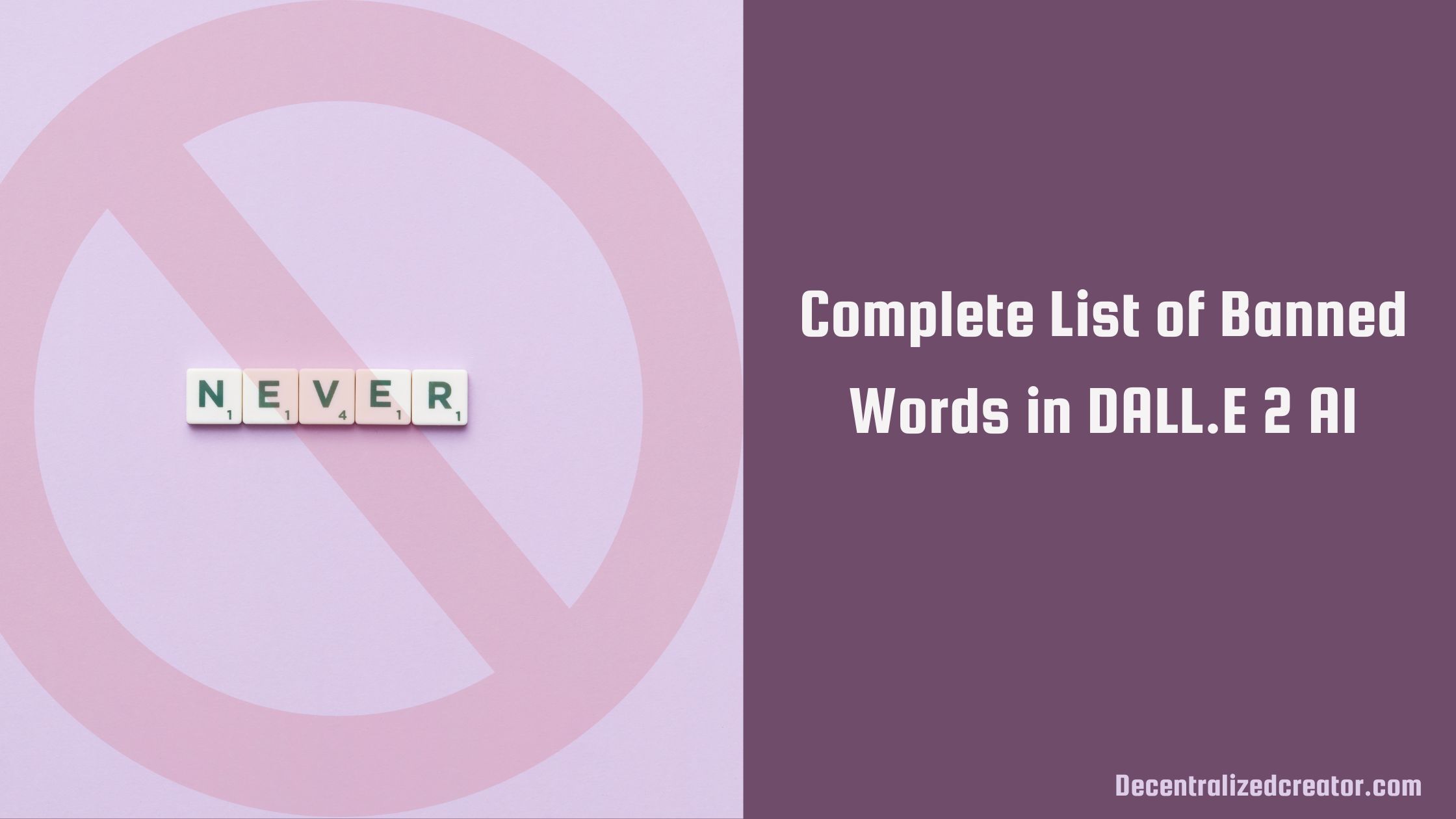 DALL.E 2 is an AI text-to-image generator that has been the talk of the town since its launch. Open AI has created DALL.E 2 to empower people to give life to their imaginations.

In accordance with the thought of Open AI, people are very much attracted to and started using DALL.E 2. If you are not one of them, you can too. It’s free.

Anyone with the knowledge of writing a good prompt can get amazing artwork from DALL.E 2 in just under 60 seconds.

If you are using DALL.E 2 or about to use it, you must know the list of banned words in DALL.E 2. Otherwise, you might get banned. Think of getting banned just after buying hundreds of credits!!! Nobody wants it to happen, right?

In this article, you will learn how to avoid getting banned from using DALL.E 2 by eliminating banned words in your prompt and using the moderation API.

You can also check out our most popular article: List of Banned Words in Midjourney.

How to Avoid Getting Banned from using DALL.E 2?

DALL.E 2 has an automatic filter system that filters and warns the user who has violated the policy by using banned words in their prompt.

You will get the below message if you have used any of the banned words in your prompt:

There are two steps you must follow to avoid getting banned:

OpenAI has released the content moderation API to control the misuse of the company’s AI model.

This free content moderation tool is available for all users. This tool takes the input, which is prompt in our case, and processes it to detect hate speech, sexual content, abusive language, etc. It blocks content that goes against the OpenAI content policy.

Hence, it is a best practice to check your prompt using the moderation API and then feed it into DALL.E 2.

Avoiding the list of banned words is one of the easiest and most convenient ways to avoid getting banned from using DALL.E 2.

The words listed in this article are not official. Rather, it is collected from DALL.E 2 users across the Internet and myself. The list of words that trigger the automatic filter are: 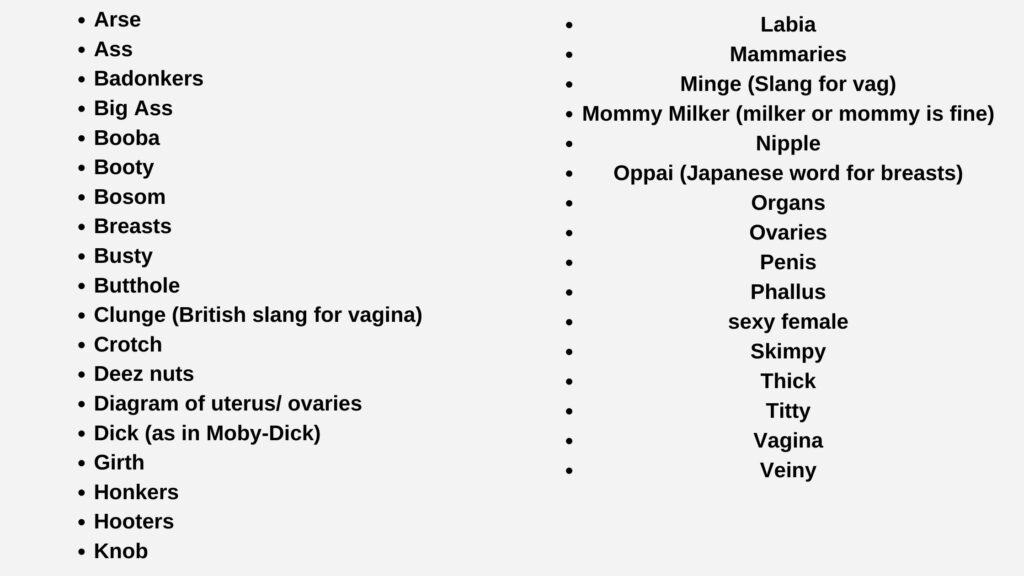 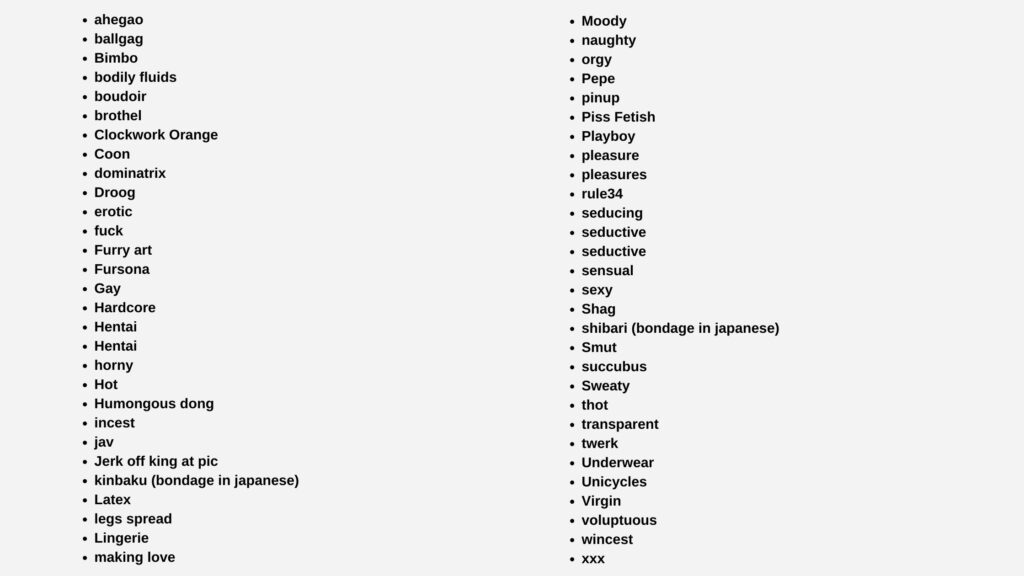 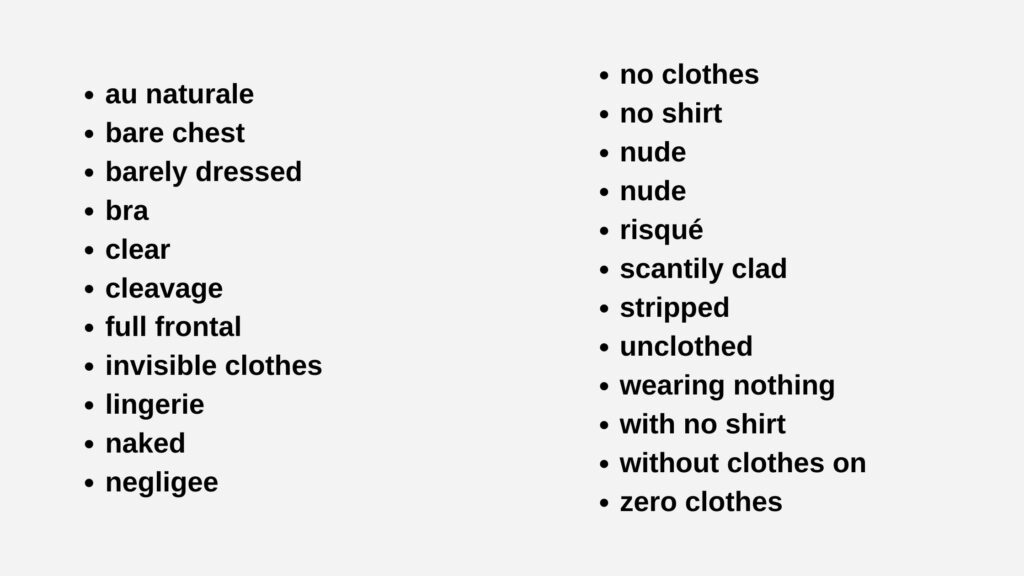 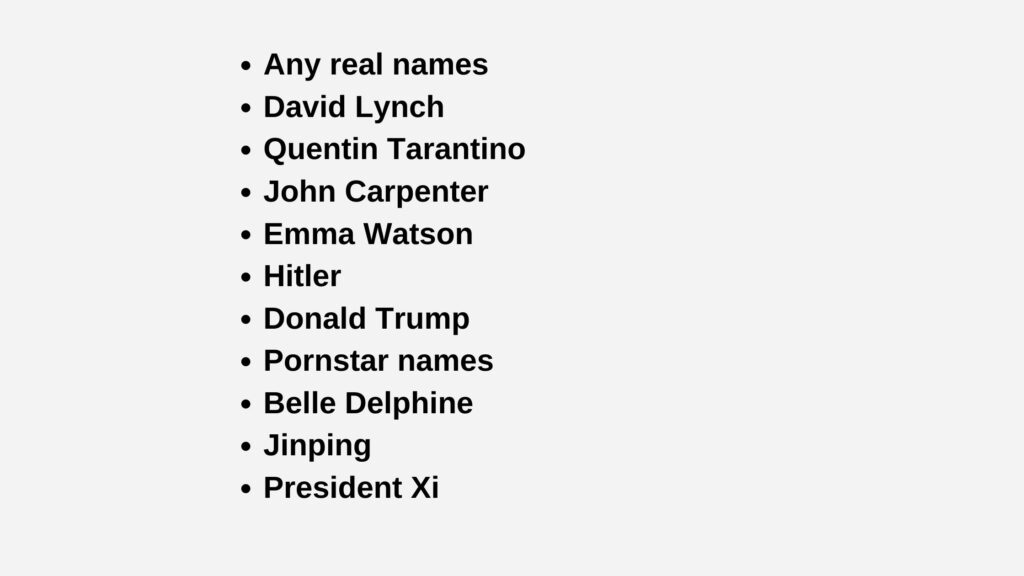 Tips to Escape from the DALL.E 2 Filter

Less than 0.05% of downloaded or publicly shared images were flagged as potentially violating our content policy. About 30% of those flagged images were confirmed by human reviewers to be policy violations, leading to an account deactivation.

Attempting to escape the filter can result in a ban. Therefore, use it only when you really need it for good purposes.

Try visual synonyms; if the word that you want is not allowed, try to replace it with other words.

Knowing the list of banned words before using DALL.E 2 is essential to avoid getting banned. If you have used a few banned words, you would have gotten several warnings. After a few warnings, your account gets deactivated.