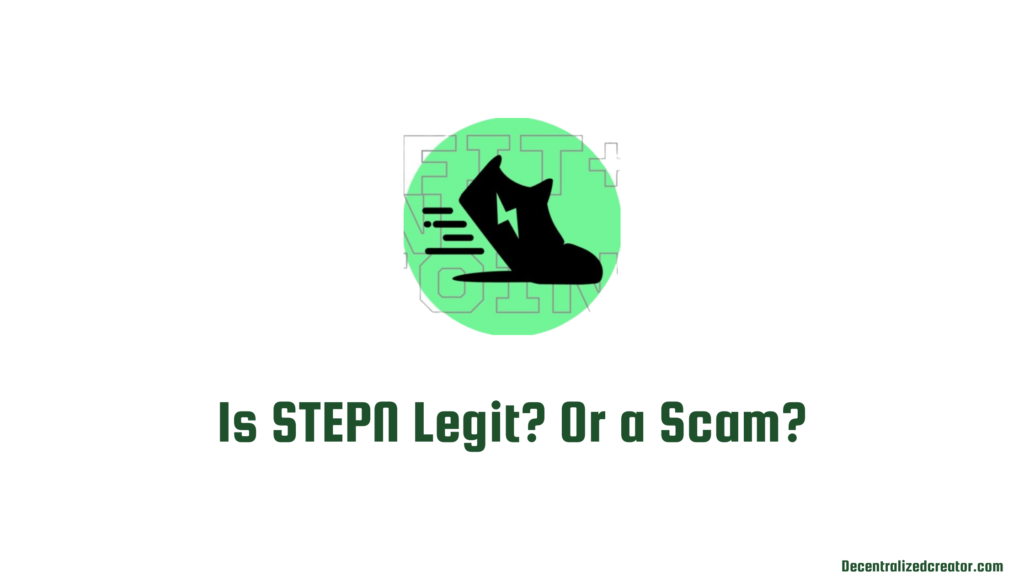 After the surge of play-to-earn games such as Axie Infinity, Star Atlas, and SolChicks, now, move-to-earn games are the talk of the town.

Play-to-earn games pay players in cryptocurrency for digital achievements, which can be reinvested in the game or cashed out as fiat currency.

Move-to-earn games reward players for real-world activities such as training their mind, body, or both. So, it is a win-win situation for players.

STEPN is a new and second move-to-earn game in the market that rewards players who are equipped with NFT sneakers for walking, jogging, and running.

The rewards are in the form of GST and GMT crypto tokens.

STEPN is currently an invite-only game that is in Public Beta Phase.

Besides the fact that it is invite-only and in the beta phase, many of its users are earning a decent amount of money from STEPN.

On the other side, most aspiring STPEN players are frustrated because of the no access to the activation code.

If you are one of them, you must know where to look for. Check out this guide to get the STEPN access code: How to Get STEPN Activation Code: Quiz Answered.

Like most of the play-to-earn games, an upfront amount is needed to play STEPN.

The upfront amount could be around 12 SOL as the price of NFT sneakers starts at 11 or 12 SOL (at the time of writing this article).

This is a kind of huge amount for some people who wanted to get into STEPN.

As a result, few of them are a bit hesitant to get started. Over time, this hesitancy leads to a thought that whether STEPN is legit or a Ponzi scam. Even some of the existing players are trying to reach the return on investment (ROI) as soon as possible because of the credibility issues.

In this article, we have presented our analysis of STEPN which is based on the openness, credibility, payouts, and the team behind it.

Is STEPN Legit? Or a Scam?

The team behind STEPN is not invisible.

Scroll down to reach the team and the advisors’ section.

There you can see all the team members’ and advisors’ details such as their identity, LinkedIn profiles, and Twitter accounts. 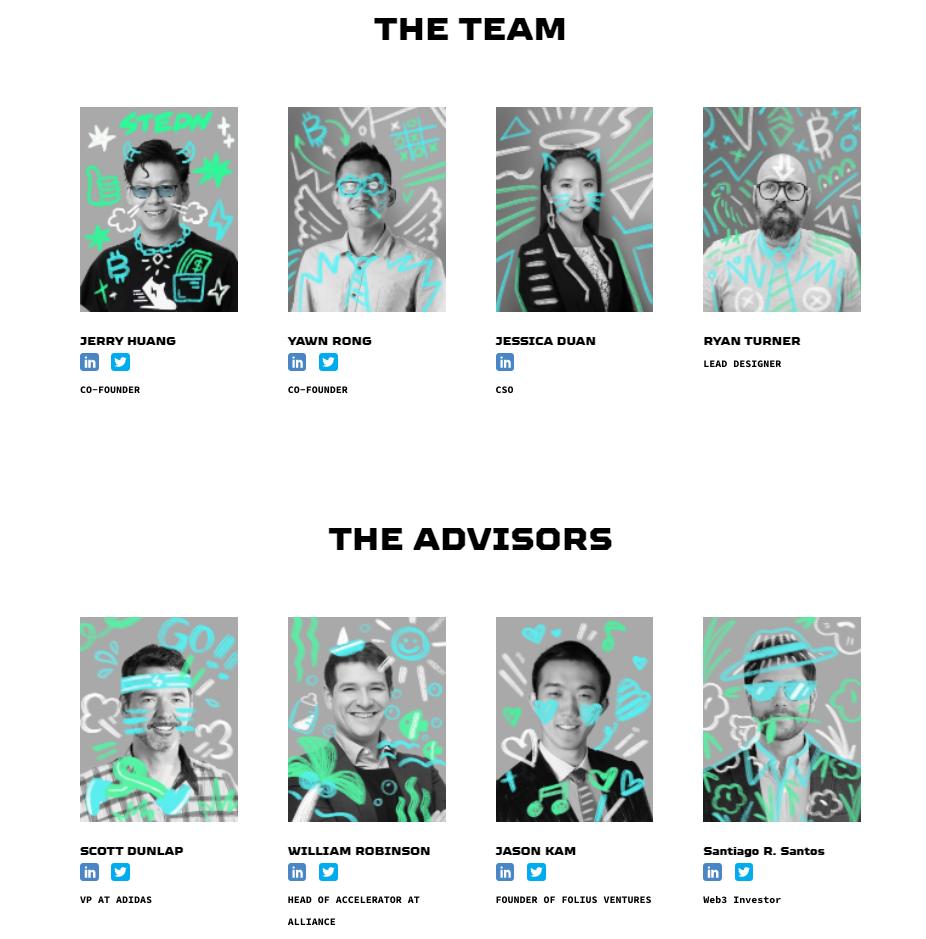 Both their white paper and lite paper have thorough information about the features under development, tokenomics, token distribution, and token burning mechanism.

When we talk about credibility, the first thing we need to look at is STEPN’s roadmap.

The STEPN roadmap is really promising. The team has done so many things, such as multiple unit tests, bug fixing, GPS calibration and test, and community building to come this far.

According to their roadmap, currently, they are building the in-app wallet upgrade, multi-chain wallet, and marketplace upgrade. 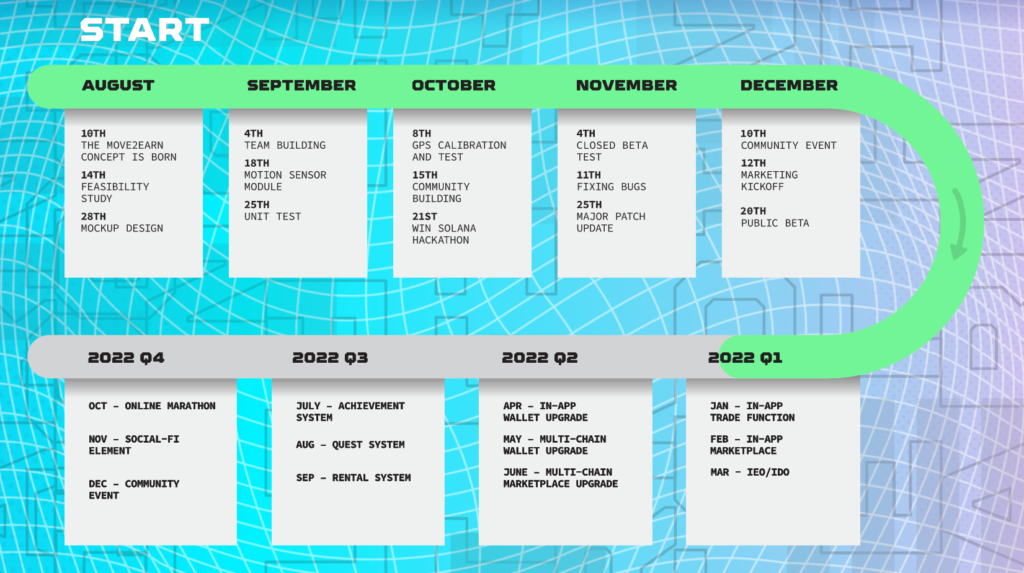 The STEPN project got fourth place in the Solana IGNITION hackathon in the Gaming Track. This denotes the strength and determination of the STEPN team.

Secondly, STEPN is backed by some of the well-known biggest VC firms, such as:

Being in the biggest hands, STEPN’s growth is inevitable.

Verilog Solution strives to reduce the attack vectors. However, Verilog never claims any guarantee of security since the Solidity language itself is still under development.

The internal team of STEPN will roll out the 2FA authentication in the future to enhance the security.

STEPN also stated that it has no interest in making a profit from users’ data.

The main thing people tend to bother about the play-to-earn and move-to-earn games is whether they really pay people or is it just a Ponzi scheme.

STEPN users are getting paid for their real-time activities, such as walking, jogging, or running.

Beginner players of STEPN are making $15-$20 per day approximately.

The intermediate players/ experts make hundreds of dollars per day on the other side.

Is STEPN a Ponzi scheme?

Ponzi or pyramid scheme is nothing but rewarding the early investors with money taken from later investors.

The only difference between Ponzi and pyramid schemes is that Ponzi proposes promised returns at a later payment date though it does not fulfill that all the time, whereas the pyramid scheme has no such promises.

To answer whether STEPN is a Ponzi or pyramid scheme, we need to look at the money distribution model of STEPN.

Where are users getting money from to cash out or reinvest in the game?

Most people think that all play-to-earn and move-to-earn games are distributing money like in the Ponzi or pyramid schemes.

But it is a lack of knowledge. Most of the P2E games depend on the Liquidity Pool that gives initial liquidity for players to get started in the game.

However, if the demand dies, the Liquidity Pool is not going to grow and players will start to cash out. This results in earlier investors taking all profit and newer players do not get a healthy ROI.

The key here is how sustainable the game is.

Tokenomics and active management always decide the sustainability of the game.

Currently, STEPN has strong token burning and sink mechanism along with active management.

But, if you find STEPN gets deviated from any of these 4 points, it will end up as a Ponzi or pyramid scheme.

However, even if it will be a Ponzi scheme, you can make money if you timed it well! On top of it, you will be in a good shape.

However, as a player, you need to track some of these factors at particular intervals.

We Decentralizedcreator believe that STEPN will have promising growth for at least 2 years based on these reasons:

A new milestone has been achieved. pic.twitter.com/FbMpK6RKwo

Disclaimer: We are not professional analysts and financial advisors. This article is for information purposes only.

1. Does STEPN, the move-to-earn NFT game really pay, or is it a Ponzi scheme?