Of course, there are many non-fungible token (NFT) marketplaces such as OpenSea, Nifty Gateway, SolSea, MagicDen, Solanart, Blockparty, and more that can be accessed from India. However, in this article, we have curated the NFT marketplaces that are of Indian origin or have an Indian theme.

The NFT craze in India is growing every day. Artists are love to showcase their work as NFT in NFT marketplaces over Facebook, YouTube, and other social media platforms.

The high gas fee of global NFT marketplaces has always been a barrier for most artists, particularly Indian artists.

But now, native Indian NFT marketplaces will be the gateway for such artists.

These Indian NFT marketplaces are literally redefining the gas fee.

Top Indian NFT Marketplaces to Sell and Own Best NFTs

An NFT marketplace is where people can list, buy, sell, and bid digital collectibles, also known as NFTs.

WazirX even announced its NFT secondary market on September 17, 2021, soon after the launch of its NFT marketplace.

A secondary market allows NFT collectors to showcase and sell their NFT collectibles.

Since its inception, WazirX’s NFT platform has attracted many Indian artists. Started with 15 creators and now it has over 300 creators on board. 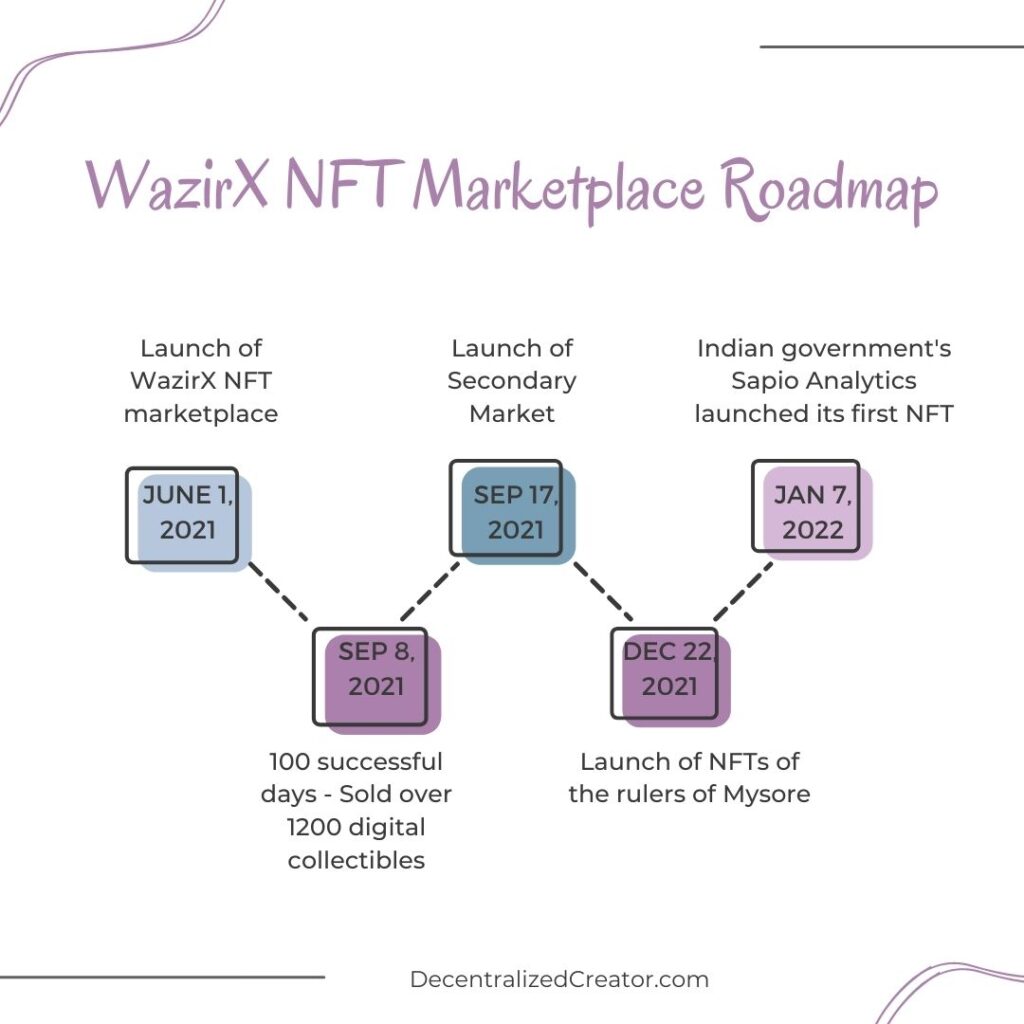 Hindu Gods such as Lord Shiva, Lord Vishnu, Saraswathi, and The big B evolution are some of the most popular and expensive NFTs in the WazirX NFT marketplace.

A Billion Dreams by cartoonist Satish Acharya was sold for $338.7 or 300WRX. This NFT is based on the Tokyo Olympic win of Mirabai Chanu.

WazirX recently collaborated with the current custodian of the Wadiyar dynasty to launch the NFT emphasizing the rich heritage and culture of the Mysore region to portray the rich culture of India. You can see the first NFT that represents Wadiyar dynasty here.

Colexion is the elite and Asia’s largest licensed digital marketplace for premium NFTs. It is founded by Abhay Aggarwal and Bibin Babu in 2021. The team has actor Suniel Shetty on board as an investor and advisor.

It hosts the world’s first digital museum, a metaverse of curated NFTs that portrays the journey of India’s cricketer Yuvraj Singh.

Kalamint is an NFT marketplace, was founded by two Indians Sandeep Sangli and Harsha Bakku in 2020. It runs on Tezos blockchain, meaning you can purchase NFTs with ꜩ coins.

Between, April and October 2021, Kalamint has sold NFTs worth $2.7 million.

According to DappRadar, Kalamint is one of the top 30 NFT marketplaces globally.

Kalamint is the second-largest NFT marketplace on the Tezos blockchain.

Kalamint has announced a partnership with PangeaSeed, which will bring twenty-eight of well renowned artists including Yuumei, Ted Chin, POGO, and many.

BeyondLife.club is an exclusive marketplace that is about to lauch on Jan 28, 2022. It is the first curated celebrity and athlete NFT exchange in India launched by Rhiti Sports and NFT exchange platform GuardianLink.io.

This marketplace runs on the Polygon Blockchain.

BeyondLife.club is teamed up with elite artists, athletes, music bands, and brands to launch exclusive NFTs.

BollyCoin was founded by Atul Agnihotri, Ayaan Agnihotri, and Kyle Lopes in 2021. It bridges the gap between Bollywood and blockchain.

Tech Mahindra is about to launch its own NFT marketplace where creators and celebrities can sell their rare arts and moments.

With a low gas fee and the number of artists, creators, popular artworks, and Government involvement, the WazirX NFT marketplace is definitely a promising platform to list and bag many of the popular NFTs, followed by Colexion, and Kalamint.