Are you a creator concerned about being demonetized and your channel getting canceled with traditional distribution platforms such as YouTube, Facebook, Instagram, & TikTok, or with other platforms such as SoundCloud and Medium?

Are you a person who wants to become a creator of any kind but is hesitant to start and thinking that you missed the trend?

Then, this is something that you should know.

Apart from depending on conventional monetization, creators are now pursuing alternative ways to make money. It indicates that creators want a bigger slice of revenue. Also,

I’m going live on Instagram around 11 with @finkd to talk about creators and some of what we’re working on if you want to stop by and check it out.

It is obvious that all these social media giants are fighting with each other to keep creators on their platforms in order to drive engagement. But why?

Companies have sensed a huge potential of creators, as a result, they are trying to attract creators by introducing creator-centric features to monetize.

The Evolution of Creator Economy

Welcome to the Creator Economy.

What is the creator economy?

Creator economy refers to businesses/ side hustles of numerous independent creators who are making money out of their creations or knowledge. In addition to the creators, the sector includes companies that serve them with multiple tools and analytics platforms.

As a result, creators are looking for ways to monetize on their own terms. Realizing the opportunities, a lot of new companies are emerging around creators to support them by providing proper tools and platforms. 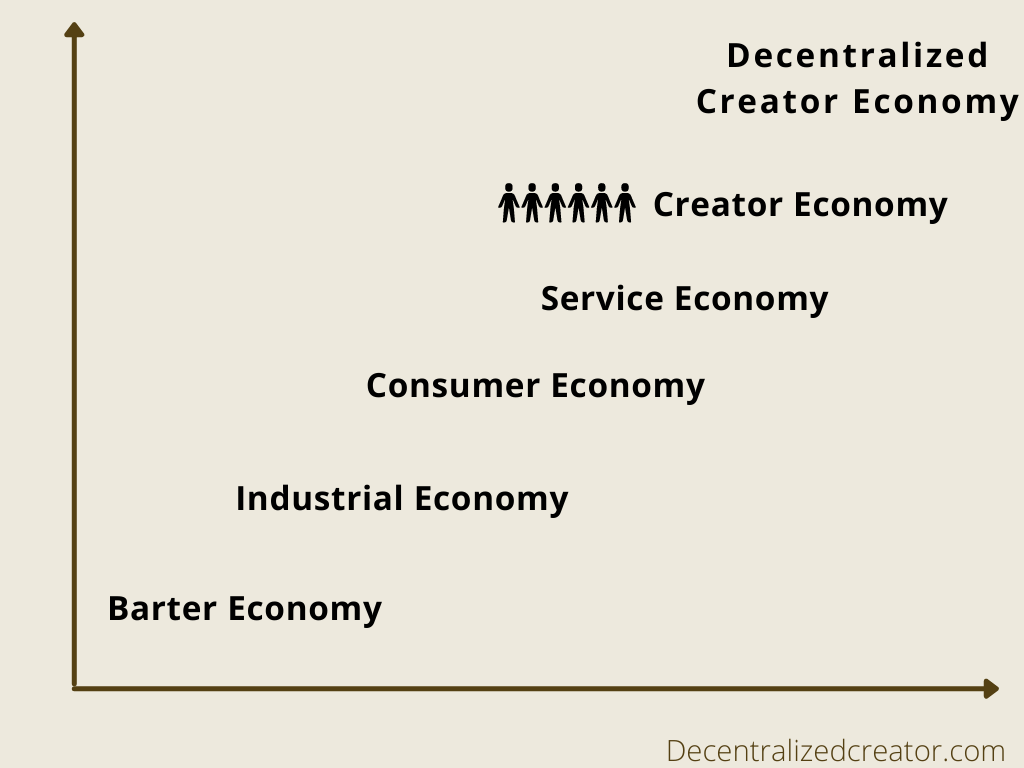 In the creator economy trend, creators can make millions in a matter of few weeks; this will likely happen within the upcoming five years.

The creator economy gives direct access to the audience and helps creators grow their businesses beyond advertising.

With the conventional way of monetization, creators can earn their money through advertisements and brand deals majorly. 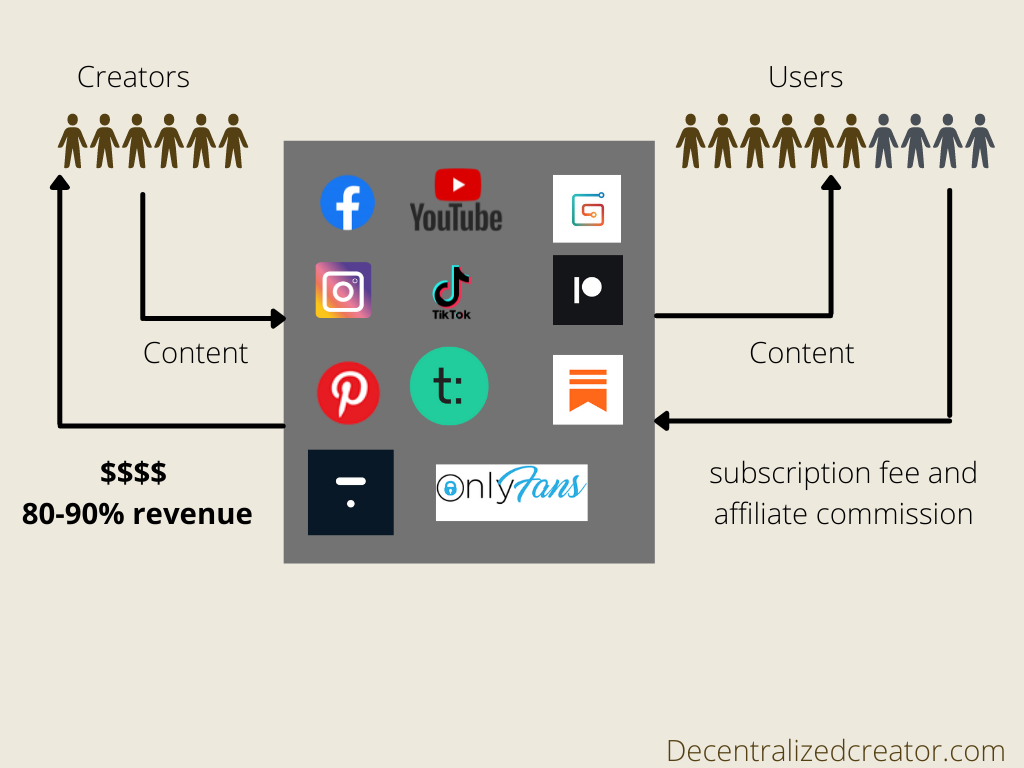 How Creators Can Leverage the New Platforms and Tools

Usually, creators had to juggle a variety of tools to manage diverse revenue streams. However, things are changing in the creator economy. Numerous startups are trying to change the way creators produce content and develop their audiences.

According to CB Information Services, creators in the below platforms are taking home 50 – 90%. 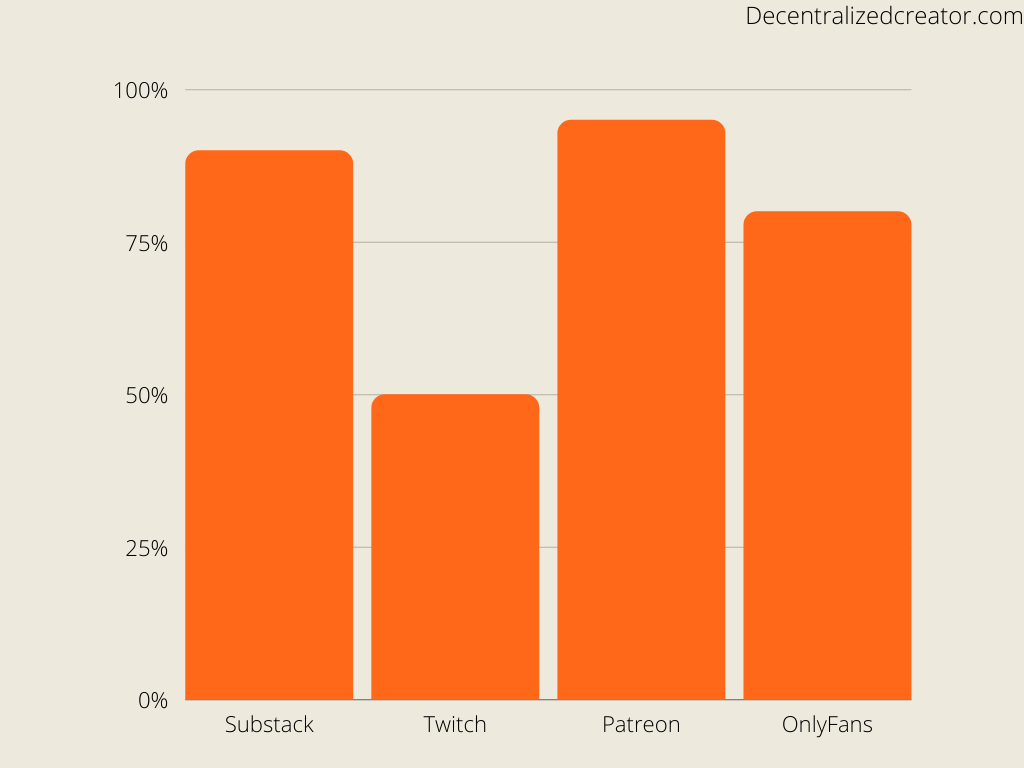 Hence, all creators should focus on multiple monetization options and passive incomes that are available to them.

However, top creators always attract a larger audience—they are getting paychecks ranging from 6 to 8 figures. Due to this overconcentration, middle-class creators are often left with few pennies.

This is likely to change in the future. Creator platforms will consider middle-class creators too. In fact, platforms such as Cameo and Streamloots are already allowing creators monetizing superfans to a greater degree.

Here is Li Jin’s thread on “Why is creating a middle class of creators important?” 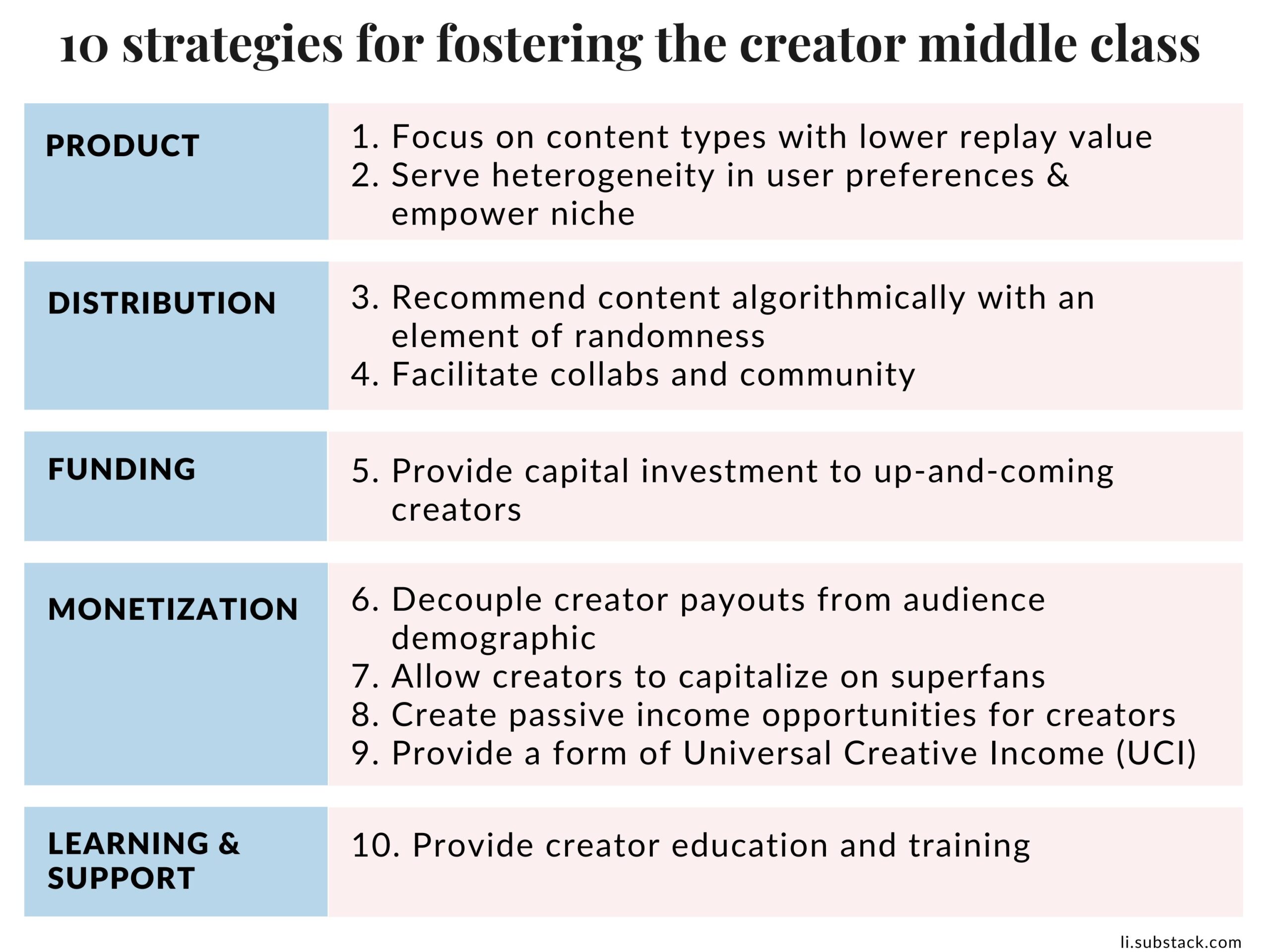 According to her, creator platforms flourish only when they provide the opportunity for anyone to grow and succeed.

What Will Happen Next?

According to SignalFire, there are 50 million creators out there. Many more creators will emerge in this creator economy. As creators grow their audience and revenue channels; this will lead to the burden of managing the day-to-day of their business. However, they can easily overcome those burdens, if they learn to use the slew of tools/ platforms that are available to them.

On the other side, startups that empower creators will dominate the next stage of this evolution.

Are you a creator concerned about being demonetized and your channel getting canceled with traditional distribution platforms such as YouTube, Facebook, Instagram, & TikTok, or with other platforms such as SoundCloud and Medium?

As a creator, you should not worry about demonetization and your channel getting canceled in this creator economy. Because apart from traditional monetization, there are a lot of ways to monetize your skills and knowledge.

Are you a person who wants to become a creator of any kind but is hesitant to start and thinking that you missed the trend?

In this creator economy, there will be many more creators going to emerge. Almost every creator can stand out and generate decent revenue streams. As per Gumroad, the creator economy has just started.

List of useful tools/ platforms for all kinds of creators: https://research-assets.cbinsights.com/2021/06/09175220/The-Creator-Economy-Market-Map-2021.png