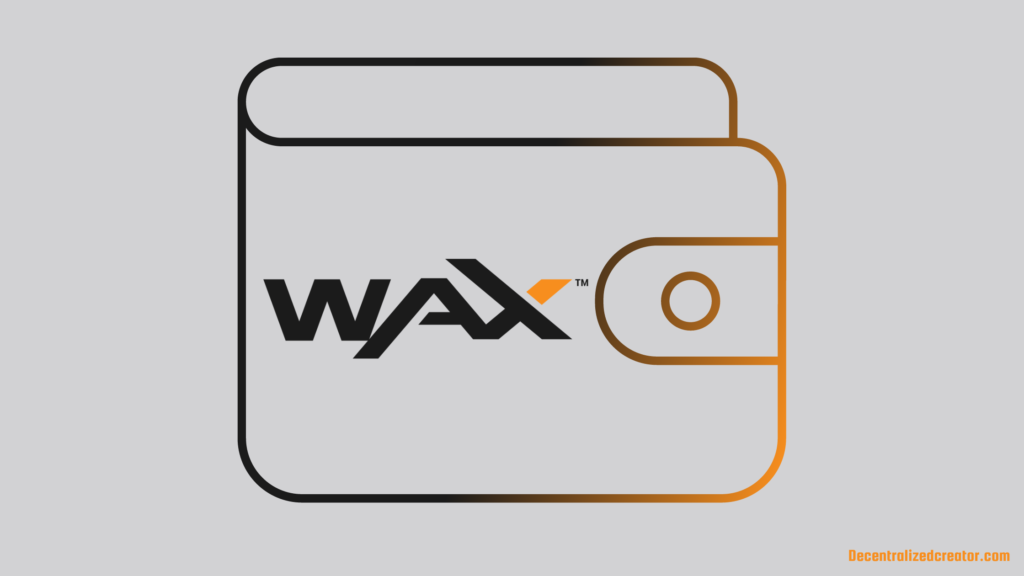 A crypto wallet is essential to store and trade NFTs and interact with NFT marketplaces. Likewise, to utilize the purpose-built NFT blockchain WAX and explore the NFT collections on it, you will need a WAX wallet.

In this article, we have curated the WAX wallets available on the market based on their trustworthiness and compatibility. Also, you will get to know the popular NFTs and games on the WAX blockchain.

What is WAX Blockchain and Why is It Known as “The King of NFTs”?

The Worldwide Asset eXchange (WAX) blockchain is a purpose-built NFT blockchain that is designed to provide a faster, safer, and user-friendly way to create, buy, sell, and trade both virtual (NFTs) and physical items all over the world.

WAX is faster and more energy-efficient than many PoS and PoW blockchains thanks to its Delegated Proof of Stake (DPoS) consensus model.

WAX has emerged as the most proven Web 3 ecosystem, as brands can launch NFT collections, play-to-earn games, dApps, DEX, and NFT marketplaces. It offers a slew of tools and documentation for brands to build on WAX blockchain.

In July 2022, DappRadar reports that WAX held a 42% market share in the GameFi space amidst the bear market.

WAX was founded by William Quigley and Jonathan Yantis in 2017. William Quigley is a  venture capitalist and a cryptocurrency and blockchain investor. He was the first institutional investor in PayPal and is also a co-founder of many transformative crypto companies, including Tether.

Jonathan Yantis is an early Bitcoin miner and blockchain investor. The duo is also behind OPSkins, the world’s largest marketplace for trading digital items.

The WAX blockchain is undoubtedly the home of many popular play-to-earn NFT projects, including Alien Worlds, Farmers World, Age of Farming, and Million on Mars.

Out of many successful NFT projects on WAX, Age of Farming and Million on Mars are the two NFT games that have seen a 126% and 426% recent growth in monthly transactions, respectively.

WAX is expected to revolutionize V-commerce with its vIRL NFTs.

Brands that launched games and NFT collections on the WAX blockchain include:

The Wax Cloud Wallet is a product of WAX. It acts as a gateway for WAX NFT marketplaces and WAX dApps.

Since it is an NFT-focused wallet, NFT collectors and blockchain gamers can easily buy, collect, and sell WAX NFTs on WAX Cloud Wallet.

Users can also store and trade WAX tokens on their Wax Cloud Wallet.

It has an intuitive user interface and provides fast access with a single-click login. No need to store seed phrases/ recover phrases.

The WAX Cloud Wallet creation doesn’t include backing up of private keys like other blockchain wallets, such as MetaMask, Phantom, Coinbase Wallet, Trust Wallet, etc.

On the successful creation of your WAX Cloud Wallet, you will be given a WCW Badge—a Wax Badge Membership NFT. For this, you will be charged 5 WAXP/ $5 USD during the wallet creation process.

The Wombat Wallet is a custodial wallet and is considered the home for NFT gaming. Unlike other custodial wallets in the crypto world, you don’t have to remember or worry about the safe handling of recovery phrases.

Because the Wombat wallet itself provides encrypted backups for your private keys using Google Drive or Dropbox.

The best part about the Wombat Wallet is the suggestion of a price for your NFTs.

Wombat is a multi-chain wallet that supports WAX, EOS, Telos, and Ethereum.

With Wombat Wallet, you can access NFT marketplaces, such as AtomicHub, NeftyBlocks, SimpleMarket, and OpenSea.

Apart from managing NFTs, you can send/ receive tokens to/ from EOS, WAX, or Telos accounts or Ethereum addresses. You can also buy and swap tokens inside the wallet.

The Wombat Wallet also comes with a social login option like the WAX Cloud Wallet.

Anchor Wallet is an open source custodial wallet. A custodial wallet lets users have control over their private keys. It was formerly known as eos-voter and Greymass Wallet.

Every account holder of Anchor Wallet will get a limited number of free transactions if they utilize Fuel, a Greymass project.

Ledger Wallet is one of the popular hardware wallets that stores cryptocurrencies and NFTs offline.

Hardware wallets are more secure compared to hot wallets and cloud wallets since they do not connect to the Internet.

Though there are many hardware wallets available on the market, the Ledger Wallet is the one that is supported by many of the WAX NFT marketplaces and dApps.

The above-mentioned 4 WAX wallets can be used to store and trade WAX NFTs. You can choose the wallet based on your requirements.

If you want to have an NFT gaming experience, go for the WAX Cloud Wallet or Wombat Wallet.

If you prefer safety rather than faster access, you can go for the Ledger Hardware wallet.